'Prototype'
18 January 2019 - 28 February 2019
Sofia City Art Gallery | 0GMS cabinet |
curated by Daniela Radeva
.
Ivan Paskalev’s images are not directly narrative. They oscillate between the abstraction and the objects from the contemporary visual environment. However, the narrative emerges between the meaning of what one sees and what one understands. The meaning of the visual fragments corresponds to that of the very form of expression. In Prototype, the new method of generation of pictures, just like the previous one, is almost impossible to be reproduced or documented. It depends entirely on the viewer’s attendance. In accordance with the area of 0GMS-cabinet, the exhibition is formed in a way that it comments on the ideas of the visible and the invisible, of concealing and revealing, of full and empty, of appearance and disappearance. The motion in the opening and closing of the four layers changes the image, or more precisely creates infinitely many images. The viewer, however, has to participate and model them by him or herself. Frankenstein will not jump out of the open cabinet, but it is possible that recognisable objects appear in the abstract forms. Everything depends on how the drawers are handled.
.
about Ivan Moudov's 0GMS: 0GMS
.
. 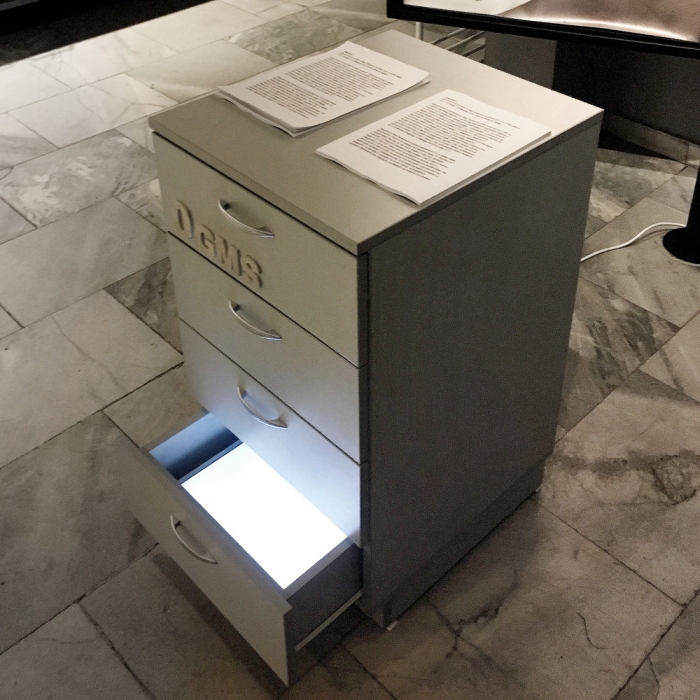 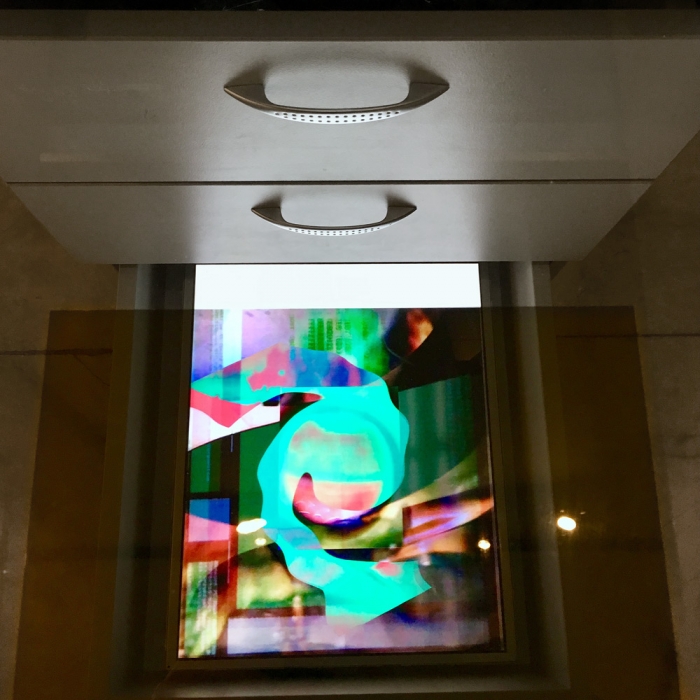 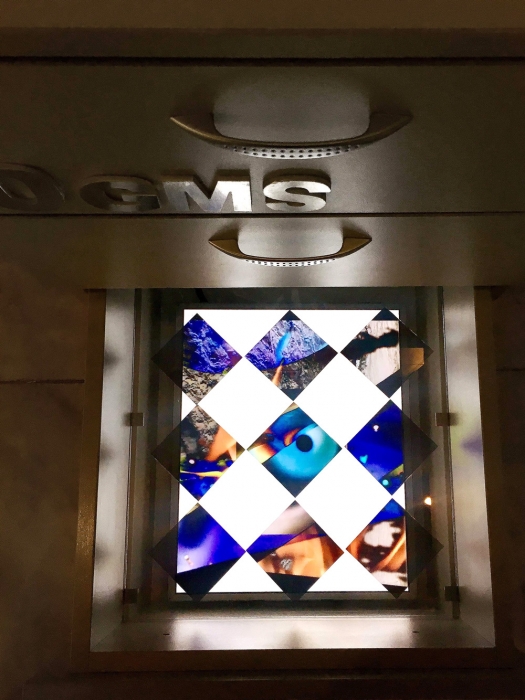 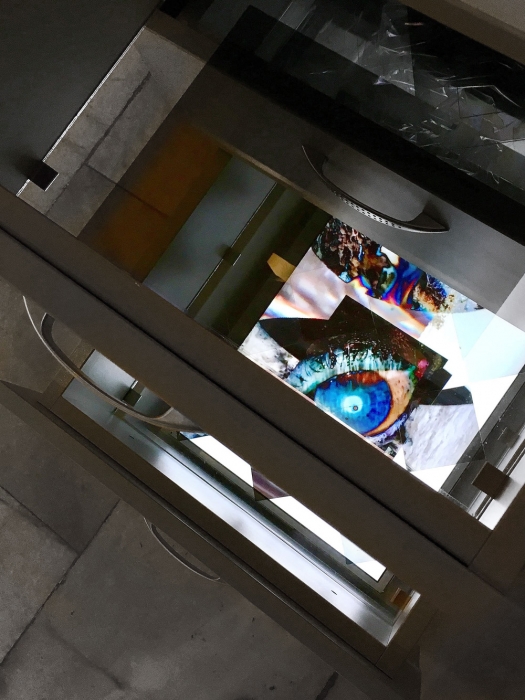 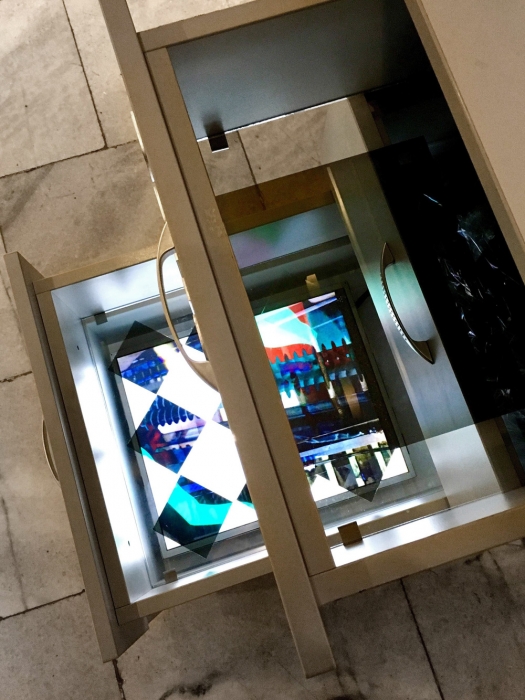